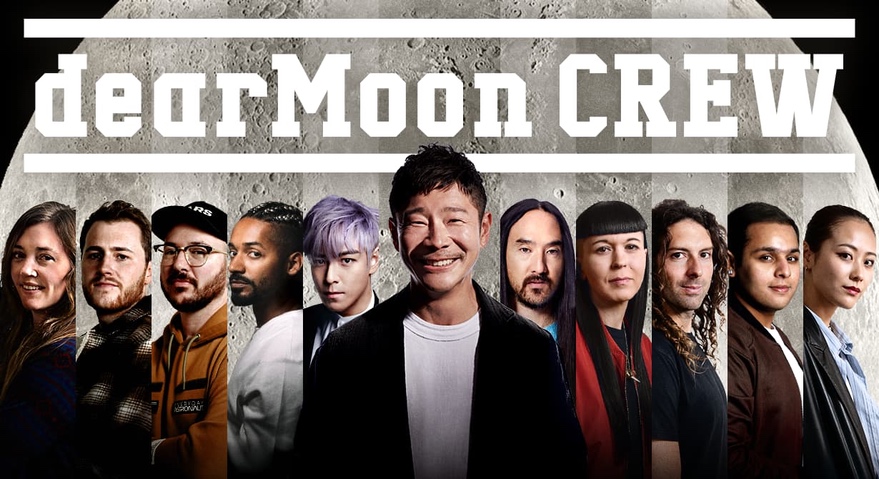 WASHINGTON — A Japanese billionaire has selected an eclectic group of people who will accompany him on a SpaceX Starship flight around the moon, although it remains uncertain when that mission will take place.

In a Dec. 8 video, Yusaku Maezawa revealed the eight people he selected, along with two alternates, for his “dearMoon” circumlunar flight. The announcement was the culmination of a competition he started more than a year and a half ago.

Maezawa, who originally expressed interest in flying artists with him on the mission, selected a range of creative individuals for the mission, from photographers and filmmakers to an actor and singer:

The two alternates for the mission are Kaitlyn Farrington, an American snowboarder, and Miyu, a Japanese dancer. The ages of the crew range from 22 to 47, and seven of the eight prime crew members are men.

“They are all fantastic people. They all have beautiful smiles,” Maezawa said. “There isn’t a set task for each of them, but I hope each and every crewmember will recognize the responsibility that comes with leaving the Earth, traveling around the moon and back within a week.”

The selection process had been shrouded in mystery since a March 2021 deadline for submissions. In a release, the project said it received more than one million applications from 249 “countries and regions” around the world. (There are 193 nations who are members of the United Nations.)

The project had not provided updates since last year on the selection process, to the consternation of some applicants who publicly complained about a lack of communications. The project did not respond to a request for comment about the status of the mission in October, when SpaceX announced a second circumlunar Starship flight that will include Dennis Tito, the first private astronaut to go to the International Space Station, and his wife.

Dodd, whose “Everyday Astronaut” YouTube channel has more than one million subscribers, said in a video he underwent a “handful of interviews” and a “thorough medical checkout,” followed by an in-person meeting with other finalists for the mission. “Then there was one final interview, but it was actually just a call to tell me that I was chosen to be part of the crew.”

Dodd said he was informed “quite a while” ago. He attended Maezawa’s launch to the ISS on a Soyuz space tourism mission one year ago, along with at least some of the other people also selected for the dearMoon flight, according to footage in his video.

He also did not state when he expected the mission to launch. When Maezawa and Musk originally announced the flight in September 2018, they expected it to take place in 2023. While a schedule included in documents announcing the crew showed a launch in 2023, that is highly unlikely as Starship has yet to attempt its first orbital launch.

Tito, in an October press conference to announce his own circumlunar Starship flight, said he predicted there would be “hundreds” of Starship flights before his own. “This is not going to happen in the near term,” he said, but also did not estimate when he thought his mission would fly. The two circumlunar flights will be preceded by at least one crewed Starship flight as part of the Polaris program of missions backed by billionaire Jared Isaacman.

“We are confident that we will have this vehicle fully tested out and ready to go by the time we fly this mission,” Aarti Matthews, director of Starship crew and cargo programs at SpaceX, said at that October briefing, adding that commercial flights like dearMoon and Tito’s mission would be “pretty independent” of SpaceX’s work on a lunar lander version of Starship for NASA’s Artemis lunar exploration campaign. SpaceX has won more than $4 billion in NASA contracts to develop lunar lander versions of Starship for missions as soon as 2025.

Dodd, in the video, apologized for having to be “vague” about topics like the schedule for dearMoon and other mission milestones. “There’s some stuff that I just won’t be able to talk about.”