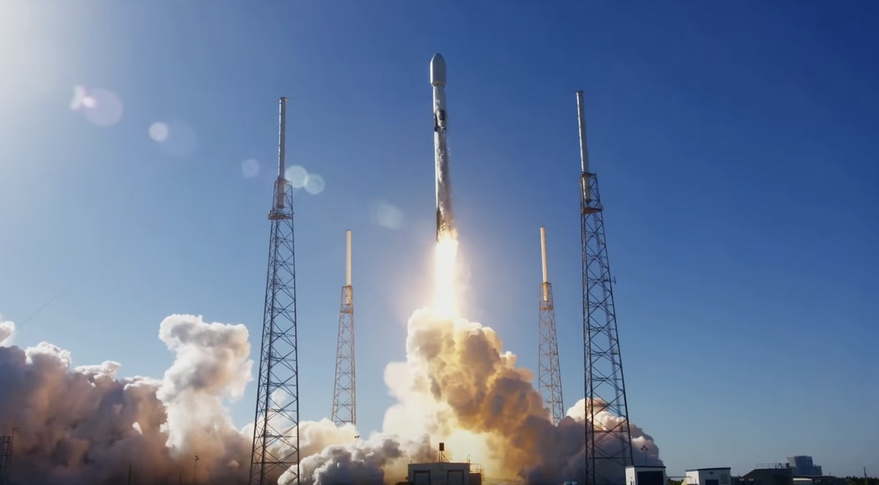 WASHINGTON — After a record-setting year of launch activity in 2022, SpaceX kicked off the new year Jan. 3 with a Falcon 9 launch of more than 110 smallsats.

The Falcon 9 lifted off on the Transporter-6 dedicated smallsat rideshare mission at 9:56 a.m. Eastern from Cape Canaveral’s Space Launch Complex 40. The rocket’s first stage, making its 15th flight, landed back at the Cape’s Landing Zone 1 eight and a half minutes after liftoff.

The rocket’s upper stage started releasing its 114 payloads into sun-synchronous orbit nearly an hour after liftoff, a process involving 82 individual deployments that took more than a half-hour to complete. SpaceX was able to confirm 77 of the deployments in real time.

The largest single customer on the launch, in terms of number of satellites, was Planet, which had 36 of its SuperDove imaging satellites on board. Planet has now launched more than 500 satellites, mostly cubesats like the SuperDoves.

Some of the other major payloads on Transporter-6 included:

Several of the payloads on Transporter-6 are orbital transfer vehicles that will later deploy satellites. They include two ION vehicles from D-Orbit, the second Vigoride tug from Momentus and Launcher’s first Orbiter vehicle.

Transporter-6 is the sixth in a series of smallsat rideshare missions by SpaceX, which performed the first two Transporter missions in 2021 and three in 2022. The company said in August that it continues to see strong demand for the services despite the rise in small launch vehicles that offer dedicated launch options for smallsats. All of SpaceX’s Transporter missions for 2023 are full, the company said then, although last-minute opportunities may arise.

SpaceX, whose 61 launches in 2022 were nearly double the 31 launches it conducted in 2021, will attempt to set another launch record in 2023. SpaceX founder Elon Musk has suggested the company will attempt as many as 100 launches in 2023, a total that likely include its Starship vehicle, whose first orbital launch is expected some time this year.