Callum Brooks, who formerly managed Portland, Hamworthy United and Christchurch and most recently Dorchester Town FC, a club playing in the 8th tier of the English Football pyramid, a well as coming from a true footballing. 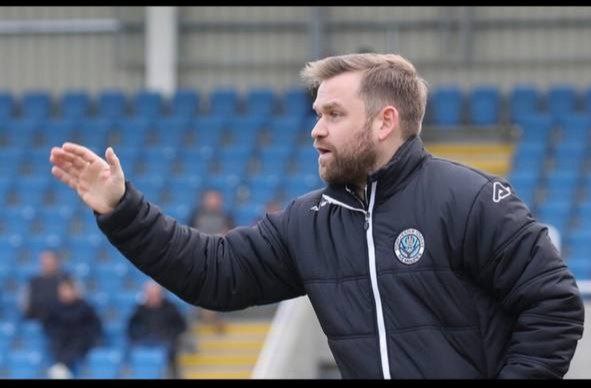 As has been reported in local English media and our own gutter press, Callum Brooks is moving to “a club in the Cambodian Second Division”. We are happy to “break” the story by announcing he will be joining Next Step FC.

Callum Brooks, who formerly managed Portland, Hamworthy United and Christchurch and most recently Dorchester Town FC, a club playing in the 8th tier of the English Football pyramid, a well as coming from a true footballing. Both his grandfather and father were not only professional players, but his grandfather even played for England.

He will now join ~Next Step FC, a club that despite finishing second bottom last year are seemingly a team truly on the up. So, like a Shakespearean ghost we went to talk top him about his past, present and future.

To read our interview with Connor Nestor click here

Mr Callum Brooks, we know that you were coach of Dorchester Town FC, but can you give us a bit more background on your career?

I come from a family steeped in footballing tradition with my Dad and Grandad both being professional, unfortunately that talent dwindled out on the third generation! However the love of the game didn’t and I managed to carve out a career in coaching and non league management. Iv been at some great clubs, built my own Academy and also a strong career within education. However no pun intended but i felt it was time for my next step! I am motivated by learning, helping others and experiences. I decided I wanted to learn new cultures, languages and embrace the rest of my life out of my comfort zone

How do you know Charlie from Next Step and what is your footballing past?

Charlie and I go back to youth football and school football days. I recall playing against a brave commanding defender. I may have scored but my memory wont go back that far! Its a chat for next week though.

Iv followed Charlies journey and when I made my decision to travel i contacted a handful of people that had done it or were doing it. I will forever be grateful for Charlies response. Man management is huge in football and he had an immediate understanding of what I was looking for. Its safe to say I’m looking forward to catching up with him and supporting his and the clubs vision.

What will he role of Callum Brooks be at Next Step FC?

Role? To be decided. However im not one for titles. Iv worked with kit men who are also physios and groundsmen. For a club to be succesful everyone needs to come together. Im on board to run through walls for Next Step FC. It was the vision that excited me, iv always believed in building outwards and using the power of football to make people smile. Im there to support in any way needed and become part of the fabric of the club

Why have you decided to live in Cambodia and get involved in Cambodian Football?

Easy, I believe football is about creativity, passion and romance. From Charlie and my first exchanges it was clear our views are aligned. From doing my research it looks like a beautiful country where my enthusiasm for the game could make a huge impact. Iv been in touch with clubs in other countries but this just felt right. Its seen as a big move for sure, but I want to show my children the world is open. The local paper here picked up on the fact i got a one way ticket! To right, if were on board we are on board. We have work to do!

Just how far can the Next Step FC project go and what can Callum Brooks do to help?

Its probably not my place to make predictions without not truly understanding the landscape of football in Cambodia. However the sky is the limit. Wimbledon went from non league to Premier League (in England), Leicester won the league.

We have to improve every aspect and department of the club, consistently and constantly. Im fiercely ambitious and will not be coming without a dream in mind.

On a personal note have another journey, just like the 10 year one I’ve had in England. Learn, meet good people, develop players and people. No practice is good enough if you cant relate to the players personally, meet their needs.

In simple terms I want to be the best I can be and maximise the ability I feel I have.