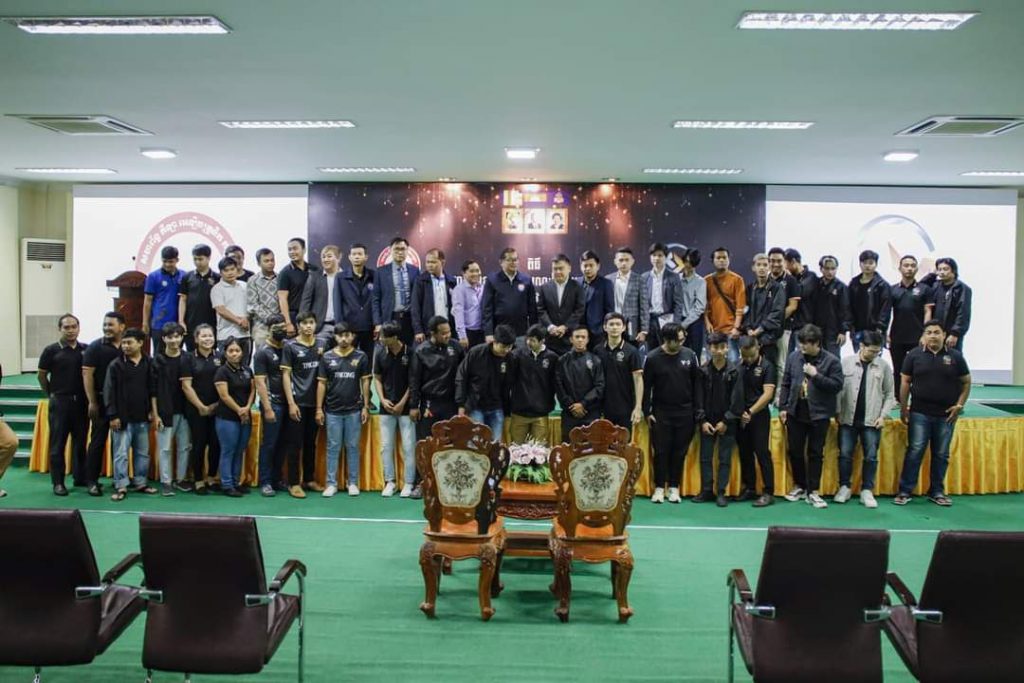 Reports on the plan to set up Cambodia’s first electronic sports (e-Sports) centre, gives an early indication that e-Sports is in for bigger things in the future.

E-sports has taken root in Cambodia, but the country has yet to have a facility fully dedicated to the sport, often referred to as competitive video games. There are many games that fall under the e-Sport definition including Dota and Mobile Legends: Bang Bang.

Yet, this would precisely happen if the plan of T.Y Media becomes a reality.

T.Y Media, a local company engaged in the e-Sports business, recently signed a partnership agreement with the e-Sports Federation Cambodia (EFC) that will see the establishment of the earlier mentioned e-Sports Centre. For starters and for the uninitiated, the EFC is the official and sole governing body for the sport in Cambodia.

T.Y Media announced that the planned centre will be the venue for future international and local e-Sports tournaments. In the past, such events were staged in different provinces and venues, owing to the lack of a suitable centralised location.

It will also be used for training of athletes and other resources associated with the sport.

The EFC and T.Y Media, a few days back, signed a Memorandum of Understanding (MoU) towards the project, whose starting and target completion dates were not announced.

“This is a wonderful development that will lead to further development for e-Sports in Cambodia,” EFC President Chea Chanboribo said. “We are very supportive of the private sector stepping up on this.”

Like the 2019 SEA Games in the Philippines, the 2023 Cambodia SEA Games will also include e-Sports. It will be the second appearance of the sport in the region’s premier sports gathering.

Cambodia is currently preparing for SEA Games-related e-Sports competitions with the help of the Vietnam Recreational and Electronic Sports Association or VIRESA.

Earlier, T.Y Media also signed partnered with Vietnam-based Mineski Global with an eye towards the SEA Games. The two sides agreed to work together to make Cambodia a ‘real’ gaming venue. Mineski Global also has a presence in more than a few other countries in the region including Malaysia, Singapore, Philippines and Thailand.

Globally and regionally, e-Sports is growing exponentially. Globally, the sector is worth $1.2 billion. According to a report in Nikopartners.com.

Asia is the world’s largest and most important region for esports, accounting for more than 57 percent of the global esports market.

The same is happening in Cambodia, though to a lesser extent.

The total number of gamers in the country exceeds two million, according to the latest news reports.

In addition to M.Y Media, top telecommunication companies like Cellcard, Smart Axiata and  Metfone are also heavily involved with promoting and developing e-Sports, though there are some disagreements between these entities on how to proceed with their plans.

Cambodian gamers are also beginning to be known outside for their prowess. These have competed in many international competitions the past five years. The top competitions they were part of include the M Series (M1, M2 and M3) World Championships organised by Moonton Games, a global leader in e-Sports and the likes, and partner companies and government agencies.