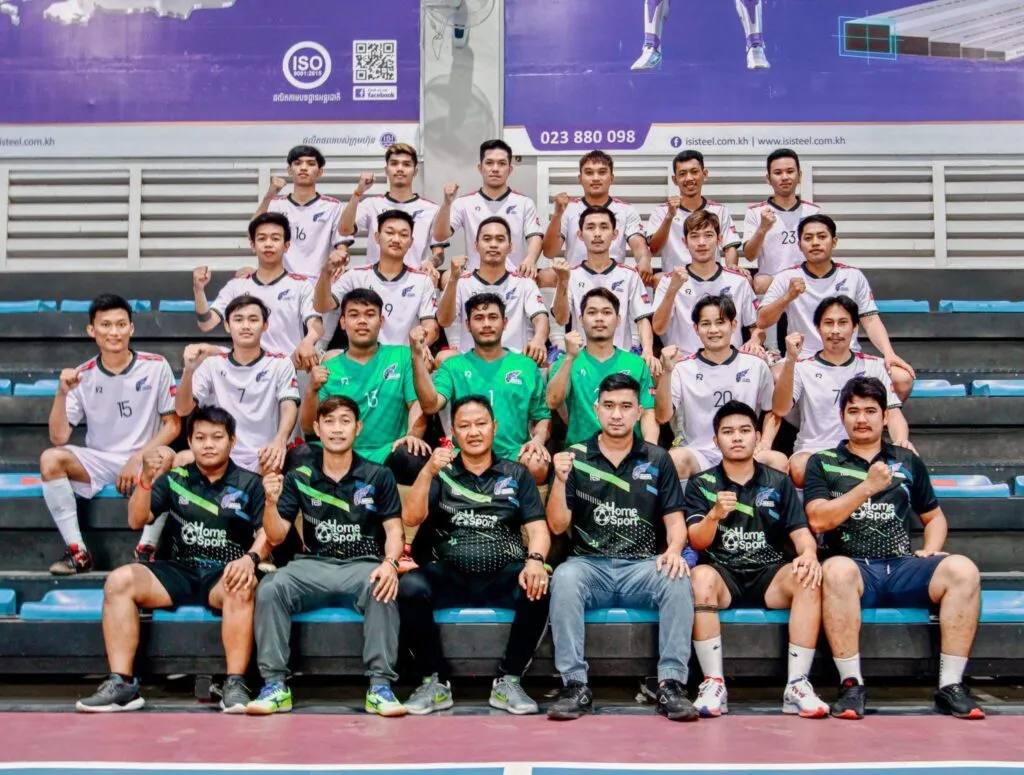 Regional qualifiers are finished and now the 32 best futsal teams in the Kingdom will fight it out for the 2023 Ganzberg Cup, to be declared 2023 Cambodian Futsal Champion.

When it comes to fastest growing sports in the world futsal regularly makes the top ten list. The younger brother of football, it is combination of 5 a side, as well as indoor football and has a global following independent of association football, or 11 a side soccer.

Played a lot faster than “regular” football matches usually are much more high scoring, with the focus being on quick passes, rather than long balls. While independent of its more popular cousin many player have code-switched between the two, with ex-pro players often switching to futsal at the tail-end of their careers.

What is the Cambodian Futsal Scene?

A relatively late entrant to the global futsal scene Cambodia lost their first international 8-7 to Brunei back in 2003 and since then have yet to qualify for a World Cup, or AFC Championship, with the national teams highlight being gaining a point at the AFF Futsal Championship of 2022.

Domestically there has been a championship of sorts for the last 5 years, although this year will be the first in which it has partnered with PNN TV, with a record top prize for the 2023 Champions being $15,000, thus showing the stark increase of popularity of the sport. Again not quite up to CPL levels, but at least pushing the sport into the semi-professional arena.

To read about the Cambodian Premier League click here

Unlike in other futsal leagues around the world clubs are generally independent of teams within the Cambodian football pyramid, with names such as Alpha FC and Young Gun FC, not exactly being household names.

Some clubs do have affiliations with the CPL though, such as Blue Warriors, who not only represent the Visakha FC ultras, but have ambitions to be as successful on the pitch.

The 32 clubs that have qualified for the 2023 Ganzberg Cup have now been split into groups, which they will play in until the top 8 qualify for the quarter-finals,

These are due to start on April 9th, followed by semi-finals and a grand final to decide who will take home the $15 k prize, all of which will be shown live on PNN TV. Organizers are thus hoping that with the tournament not only being televised, but happening during the CPL “break” that a new generation of fans can be converted to the code.