What to expect from the Cambodian Premier League 2023?

What can we expect from the Cambodian Premier League season in 2023?Let the gossip begin. 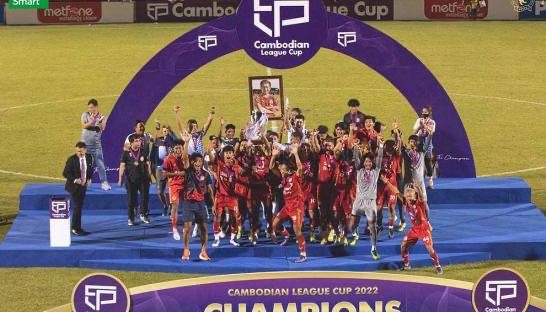 Now that 2022 is over, we can look forward to the Cambodian Premier League 2023 right? Well yes and no as the season is being changed – we will get to that later. So, what can we expect from the CPL in 2023?

What to expect from the Cambodian Premier League in 2023? – The season will change

OK, so we got to that one nice and fast. The season will start in the summer meaning that it will be inline with other Asian countries, as well as Europe. This also means basically 9 months without credible football.

Why did that not scale it like other Asian countries? Only Satoshi knows, but it goes down with other mysteries like Lock Ness Monster and the Qatar World Cup.

There will be a league cup in February

OK, so not exactly no football like we said, but a league cup which will kind of be like a national championship. Will feature 8 top flight clubs who have to participate and 8 from the second who can afford to. There will probably not be 8 from the second tier.

Clubs will come and go…..

Some CPL 2 clubs will not return, but hopefully some new ones will take their void. There might even be some relocations if our sources are correct. The CPL 2 will though look very different from last year.

There will be a lot more money flying around

I am not always as respectful to CPL as I should be, hence why certain calls I make go unanswered, but they have raised the profile of the game. This means more money, so if you want to sponsor the front of a football shirt it runs from $50,000 a year from the bottom of the league to over $200,000 at the very top.

Money might be the route of f all evil, but every now and again it does bring success and player development.

There’s still no football club in Sihanoukville, or Kampot!

Two of the most important and liveable cities in Cambodia do not yet have a pro team, but Prey Veng and Koh Kong do. Sihanoukville would be the best option, BUT Kampot has s stadium with floodlights.

So, my advice to any rich dudes out there, go out find a club in a city that has too many clubs, like say Phnom Penh, or Siem Reap, move them and subsequently cash in.

I’ll add that it is CPL policy to have a club in very province, so you’d assume they’d support it too.

What do you get when combine a semi-pro league with a REALLY long break? Players leave because clubs can’t pay them and they need to eat. Apparently there are currently CPL 1 teams with as little as 5 players.

This also means we cant predict all that much on who will be champions next season, until we see who has who.

Kirivong and Boeung Ket already have new managers, but if our sources are correct we might see some moves that are almightily more shocking. And there’s the Honda question, will he push, or jump after the SEA Games?

But most importantly, who would, or should replace him?

The season might be a way away, but the Cambodia Premier League 2023 gossip can start in earnest.