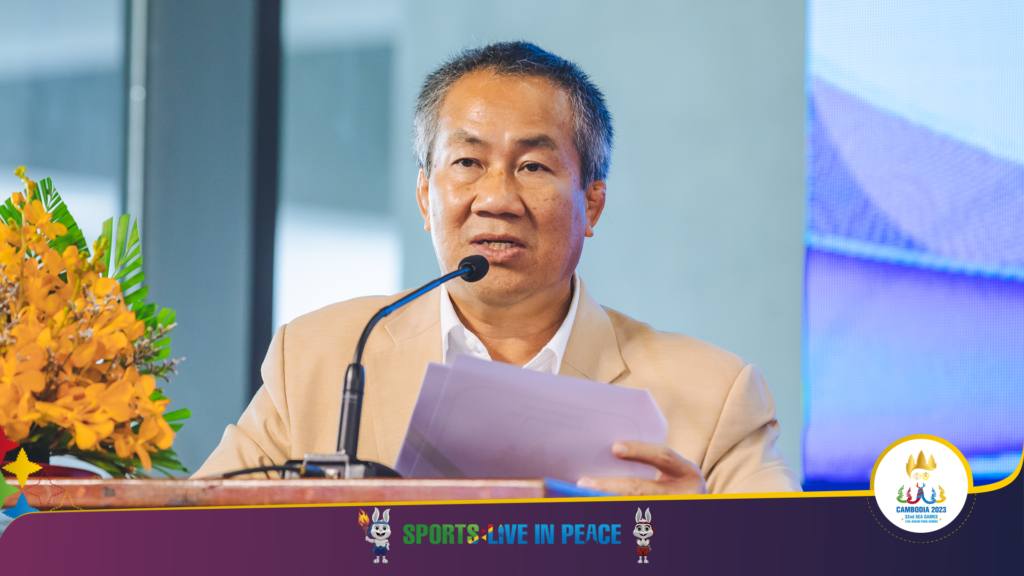 The Cambodian SEA Games Organising Committee (CAMSOC) says Cambodia is ready to host the 2023 Southeast Asian Games, with the necessary infrastructure and logistics in place.

CAMSOC, which has been tasked to oversee all activities related to the Games, also pointed out to the improving situation re: Covid-19 pandemic in Cambodia and across the region in general.

These sub-committees have been meeting regularly and have been threshing out and tackling various hosting issues amid the pandemic.

CAMSOC CEO Vath Chamroeun acknowledged that there are still some issues related to facilities, transportation, logistics, food, etc. that they need to address.

“We are ready and capable to address them. Almost everything is going according to the plan,” he said. “I can say that Cambodia is more than ready to host the next SEA Games.”

Cambodia is scheduled to host the SEA Games from May 5 to 17, 2023. This will be the first time for the Kingdom of 16 million people to host the region’s most prestigious sports gathering. From June 3 to 9, Cambodia will also be the venue of the 12th ASEAN Para Games.

Cambodia was supposed to host the SEA Games (then known as Southeast Asian Peninsular Games) in 1963, but was prevented from doing so by internal political strife, funding woes, among other reasons.

Cambodia’s hosting of the 2023 Games was first announced in Singapore in 2015.

Subsequently, with the onset of the pandemic and Vietnam’s failure to host the 2021 Games on time, cast doubt on Cambodia’s ability to host the Games, a logistical nightmare even for wealthy and more advanced countries such as Malaysia and Singapore.

But it seems Cambodia is proving its doubters wrong.

The Cambodian government has set aside $120 million for the Games, easily its biggest sports investment ever.

Prime Minister Hun Sen once noted that Cambodia waited for more than 60 years for the Games to come around. “We should do our best to make it a success and a shining example to other countries,” he mused.

A helping hand from China

Several others countries, especially China, has pitched in to help.

The administration of Chinese President Xi Jinping financed the construction of the $160 million, 60,000-seat Morodok Techo National Stadium, which was officially inaugurated in December 2021 with Chinese Foreign Minister/State Councilor Wang Yi and the Cambodian premier in attendance.

The new stadium in Cambodia is the venue of the main events of the 2023 Games, including the opening and closing ceremonies.

The Olympic Stadium, OCIC Chroy Changvar, Sokha Hotel, NagaWorld, and Garden City Golf Club are the other confirmed venues for the Games, per a press release from CAMSOC.

CAMSOC also reported that road repairs and other improvements nearby and in other parts of Phnom Penh are nearing completion and will be ready when the Games comes around in May 2023.

Cambodia is expecting more than 10,000 athletes, coaches and sports officials from Indonesia, the Philippines, Singapore, Vietnam, Brunei, Timor-Leste, Malaysia, Thailand, Laos and Myanmar for the Games, on top of 250,000 to 500,000 tourists estimated by the Ministry of Tourism.

The Games will involve 38 regular sports and one demo sport spread across 608 events.