There Cambodian Premier League has released a draft schedule for its revamped and moved 2023-2024 season and on the face of things at least there is plenty to keep fans entrained. 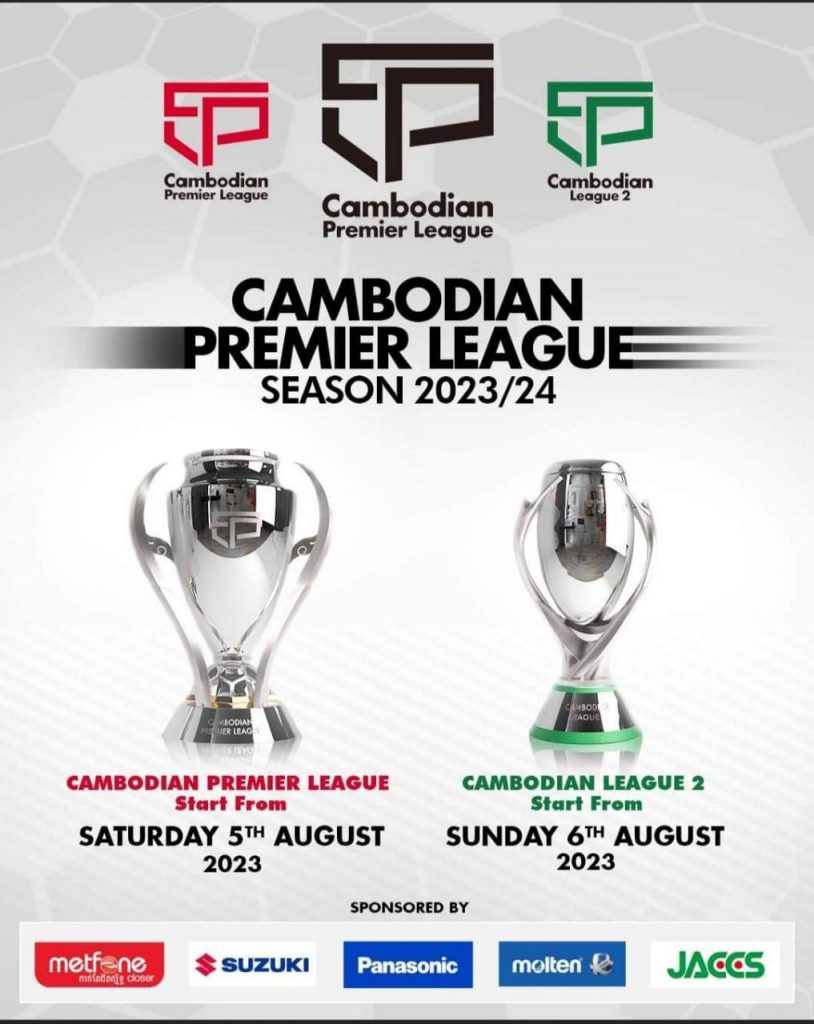 There Cambodian Premier League has released a draft schedule for its revamped and moved 2023-2024 season and on the face of things at least there is plenty to keep fans entrained.

The schedule, which begins as early.as next month provides club football throughout the year, not to mention the upcoming SEA Games that we have to look forward to.

The League Cup will essentially be a mini championship

The often scorned Cambodian League Cup is not only back, but will in fact fill the void left by the moving of the season, starting in February and finishing with a grand final in June, although games are sporadic, rather than week in week out.

For all intents this will make it the de-facto 2023 Cambodian Championship, even if only 14 clubs are due to take part.

To read about the Cambodian League Cup click here.

This will be followed on July 29th with the 3rd edition of the Cambodian Super Cup which will pit Phnom Penh Crown against Visakha FC (again).

The CPL will start on August 5th, lasting for 26 weeks before the teams go into the Championship rounds which is expected to run in the same way as 2023. The season will finally finish in May of 2024.

The 2023-2024 CPL 2 Program has the the clubs starting on August 6th, but only running for 17 weeks, before a final round in February of 2024. Again while not fully confirmed, this suggests that the league will Oakley feature less teams in 2023-24, with their potentially being as little as 6-8 clubs.

The schedule for the Hun Sen Cup, which usually starts in February has not yet been announced, but we can expect that it will be made to fit in at least partly with the new CPL schedule.

And as the for the pink branded CPL Women’s League? Again that has also not yet been announced.