From the dugout – Developing Youth Football in Cambodia Part 1

What does Cambodia need to do to improve youth football? Vharllie Pomroy as the answers 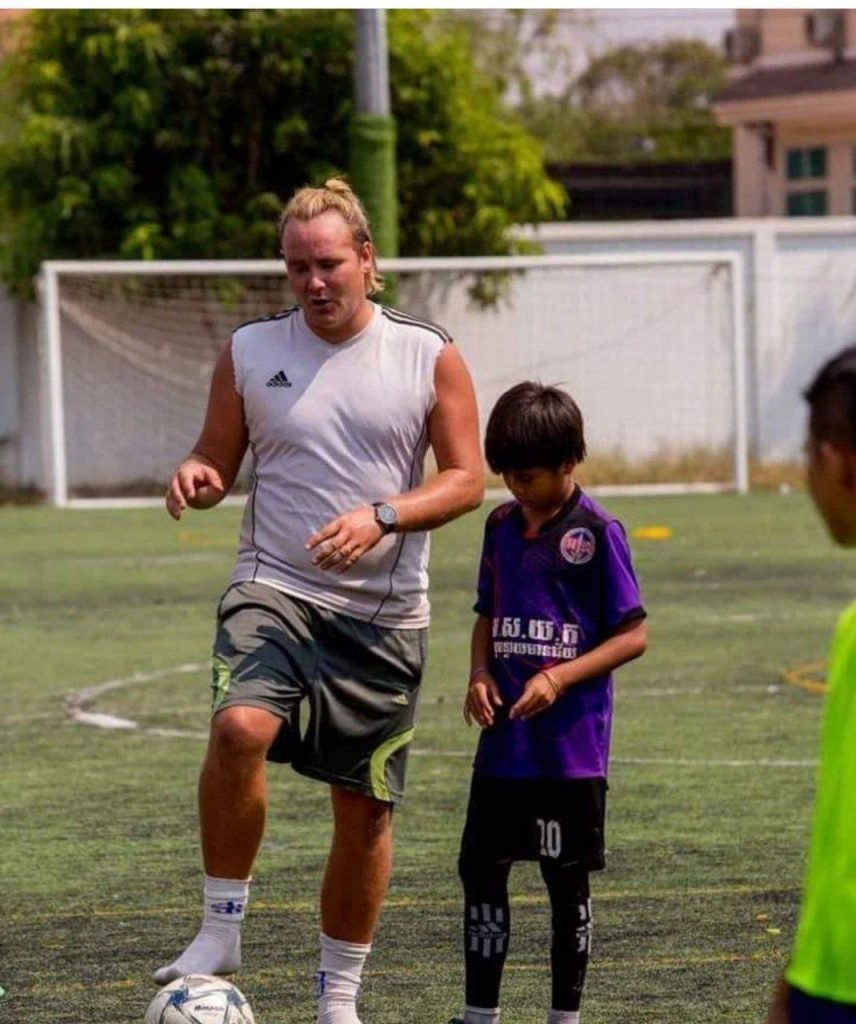 On Christmas Eve I decided to take a  break from my traditional exploits of last minute shopping and watch SRU 13’s vs Soltilo U15. I was joined by a crowd of a 100 people and a camera crew live streaming the game.  It was, to my surprise, a really good game with both teams well organized and both coaches having a tactical battle.

Looking at the number of fans, the fantastic stadium, the camera crew and quality, it was further proof that the talent in this country is there and the steps forward football has taken in the Kingdom are there for all to see. Now it’s time to capitalize on this momentum and to be successful it needs a system and infrastructure to accommodate it.

To read our last from the dugout piece click here

Be careful what you wish for…

A common misconception is the earlier you start the better you are. I’ve coached children as young as 2 years old, seen kids aged 7 chased by agents promising them the world, watched teenagers pulled out of school to drive 50km for training, fail exams because they’re tired and then too many players quit the game aged 16-18 because they’re told they’re not good enough to ‘make it’. It’s a dangerous idea and damaging to young children. More academy players drop out than graduate. Even less go onto a career in football. The most alarming statistic is the growing number of U21 players that quit the game and become alcoholics, addicts and/or suffer from depression. The truth is, in order to develop youth players it’s all about environment and the nurturing of the child’s abilities to deal with their emotions.

I know it sounds strange that a coach who has always worked with youth teams would say this but the youth league is a waste of resources for clubs and the federation as well as being meaningless. There’s nothing learned in a game between Next Step u15 vs Soltilo U15 that can’t be learned in a 6v6 game. In fact every fundamental of the game is learned in 6v6. All that really happens is both clubs spend money they don’t have, to play a game that means nothing. If you want to ‘actually develop’ players then change the rules of the game. In our academy we have strict in game rules, one example being “defending players are not allowed to kick the ball out of play, if they do, a penalty is awarded to the attacking team” . What this does it’s encourages defenders to be more confident under pressure, play out of trouble when possible and also speeds up their thinking. We don’t keep score and we also allow GK 5 seconds on the ball without the opposing team being allowed to tackle them. Everything is designed to improve the speed of thinking and reactions to errors or disappointment.

Pro clubs in Cambodia don’t need youth teams. Instead split the 25 provinces into 8 centers for development. 1 Tech Director, 8 Head Coaches and each pro club sending two coaches to centers on a rotational basis.

Each center works on the same principles and same ideals (more on this next week) which leads to all Khmer players being developed equally and more importantly to a minimal level of quality. Let’s face it, a 13 year old will get a different level of coaching from PPC then he will at Vishaka and a whole host of different ideas tactically from Tiger. Young players need to learn from as many coaches as possible, playing as many positions and tactical systems. Aged 17 we introduce a draft style system where clubs bid for players and therefore generating a sustainable development model for the centers. What’s more is that those not selected by clubs can graduate into the first teams of each regional center who will form a new third division.

You should always build from the bottom up. Right now our system is the big clubs getting stronger and the gap getting bigger and bigger. Reverse the system and begin developing regionally and football will not only grow but it will compete in the region at both club and international level.

You can check out the Next Step FC Facebook page here.