When Timor-Leste came third in the AFF Under 22 Championship in Cambodia it would be fair to say they made a bit of a stir. Chief among them was `Mouzinho, who ended up signing for Angkor Tiger. 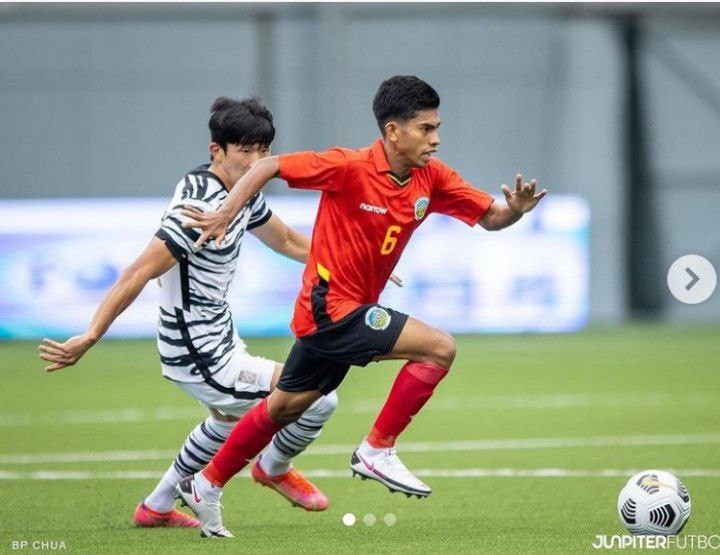 When Timor-Leste came third in the AFF Under 22 Championship in Cambodia it would be fair to say they made a bit of a stir. Chief among them was `Mouzinho, who ended up signing for Angkor Tiger.

There was another player though, number 6 Jhon Firth, or rather Jhon Firth Ormai Lui de Oliveira who also caught the eye of fans, managers and scouts alike.

Who is Jhon Firth?

Following his heroics in the AFF Under 22 ~Championship he was allegedly courted by a number of Cambodian clubs, such as Tiffy Army. Alas no deal was made and he remained at SLB Laulara. Although with the league currently suspended, this has affected game time.

He has though managed 12 full caps and two goals for the national team, as well as numerous appearances and of course goals appearing for different age groups.

So, what will come next for Jhon Firth and will we see him in Cambodia? We went to go and talk to him!

You’ve been called one of the most promising players in Timor-Leste, is that true?

I don’t know if I’m one the most promising player in Timor-Leste but I am confident in my abilities and I know that all the hard work I’ve putting in since day one will come to fruition soon.

Timor-Leste have really done great in the last few years. What is the success down to?

The success has been down to a number of factors. For me, it’s the combination of very talented coaching staff as well as young and hungry players.

Aside from yourself and Mouzinho who is the next Timor-Leste talent we should look out for?

Actually we have a lot of young talent, but due to some problems we haven’t had a league in the last 2 years, it makes the difficult for young players to develop, but I can mention 3 players who have good quality João Pedro, Gali and Filomeno Junior. I’m sure you guys already know all a bit about them.

What is your playing style and which player do you most admire?

I’m a player that always love to play a simple football As a midfielder I always amazed to see Andres Iniesta, he’s very smart player.

You’ve seen Mouzinho flourish in Cambodia and have visited the country yourself. Would you like to play in Cambodia?

I am very happy to see him now, his form keeps going up. As a football player in East Timor it has always been a biggest dream to play abroad, especially in one of the best leagues in ASEAN.

Who will win the Premier League this year? Arsenal or Manchester City