When Cambodia Hosted GANEFO –  the Olympics of the Left 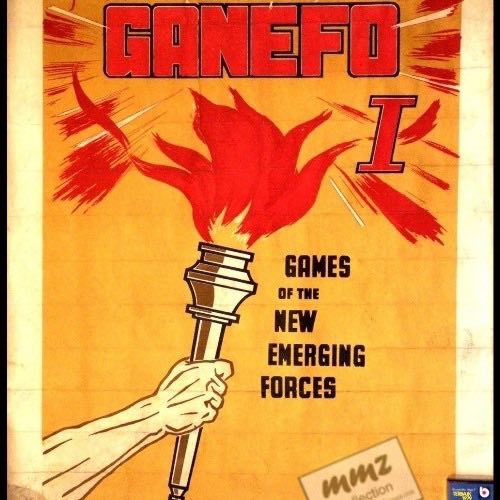 With Cambodia on the brink of hosting the SEA games, much is being of this being the “first” major international tournament to held in the country. This though is not strictly true, for the first international event hosted in the Kingdom was GENFO, or the “Olympics of The Left

The Soviet Union, aligned states and colonised countries such as Cambodia had a tense relationship with the early Olympic movement, with it being seen as not only bourgeois, but also as essentially an extension of imperialism by former colonial overlords.

This led to a bunch of newly independent, socialist, or left-leaning countries to take part in a now little-known athletic competition that at one time sought to rival the Olympics themselves — the Games of the New Emerging Forces (GANEFO).

Envisioning it as an alternative to the Olympic Games, Indonesia’s Sukarno ostensibly created GANEFO in 1963 as an “Olympics of the Left”

Envisioning it as an alternative to the Olympic Games, Indonesia’s Sukarno ostensibly created GANEFO in 1963 as an “Olympics of the Left” for “new emerging nations,” or newly independent socialist countries such as North Korea, China and North Vietnam that opposed imperialism, the United States and the West.

In this context Cambodia despite being a Kingdom and officially at least neutral, it was still considered leftist, with the ruling ideology of the time being Buddhist Socialism and Sihanouk famously being “best friends”  with President Kim Il-Sung of North Korea.

Leftism though was not the only motivation behind GANEFO. The year prior, Indonesia had refused Israel and Taiwan’s participation in the fourth Asian Games in Jakarta, which led the International Olympic Committee (IOC) to ban Indonesia from the Olympics on the premise that politics and sports should be separate – a clear act of hypocrisy whilst the Peoples Republic of China were refused entry in place of tiny Taiwan.

This was the very first time the IOC had chosen to directly suspend a member state, which spurred Indonesia into what it viewed as battle for the little guy against western imperialism.

Sukarno wanted to create an alternative institution to the Olympics where sports and politicized nationalism were heavily intertwined. The result of this was GANEFO held in Jakarta from Nov. 10-22, 1963. Thousands of athletes from 51 countries including places such as the Peoples Republic of China, the United Arab Republic, North Vietnam, North Korea and of course Cambodia. Sadly the Khmer delegation did not manage to win any medals in Indonesia.

Being a sporting organization based around politics, particularly in developing countries meant the games somewhat lacked stability. The second games were initially awarded to the United Arab Republic, before it became somewhat un-united when it split into Egypt and Syria.

A re0placement had to be found and it just so happened to be Cambodia, who had earlier that year hosted the North Korean team in their qualifier for the 1966 World Cup in England.

To read about how Cambodia helped North Korea get to the World Cup click here.

Sadly due to political changes, as well as the IOC stamping down on GANEFO, there were just 17 nations that came to compete in Cambodia, down from the 51 who took part in the initial games. The games though were a big success, not only putting Cambodia on the international stage, but also giving the Olympic Stadium something vaguely like and Olympics.

Cambodia also performed well in the games, perhaps a good omen for the SEA Games, with them finishing 3rd behind the Peoples Republic of China and the DPRK with a total of 62 medals.

With things going so well in Cambodia a 3rd GANEFO was planned and duly awarded to Beijing and the People’s Republic of China. Sadly the Cultural Revolution derailed that, before it was then awarded to Pyongyang and North Korea.

But this did not come to pass. The infusion of politics created irreconcilable tensions for GANEFO, and participating countries’ athletes faced banning from the actual Olympic Games — so sadly after Phnom Penh, GANEFO was essentially no more.

And of course historically this was also around the time that the Cambodian Civil War would eventually lead to the brutal regime of the Khmer Rouge and everything the that was to befall the country.

Things though have changed rapidly within Cambodia and now 47 years later an international tournament of high regard is again coming to Cambodia, and we would sure take 3rd place in the medals come the end of the 2023 SEA Games.