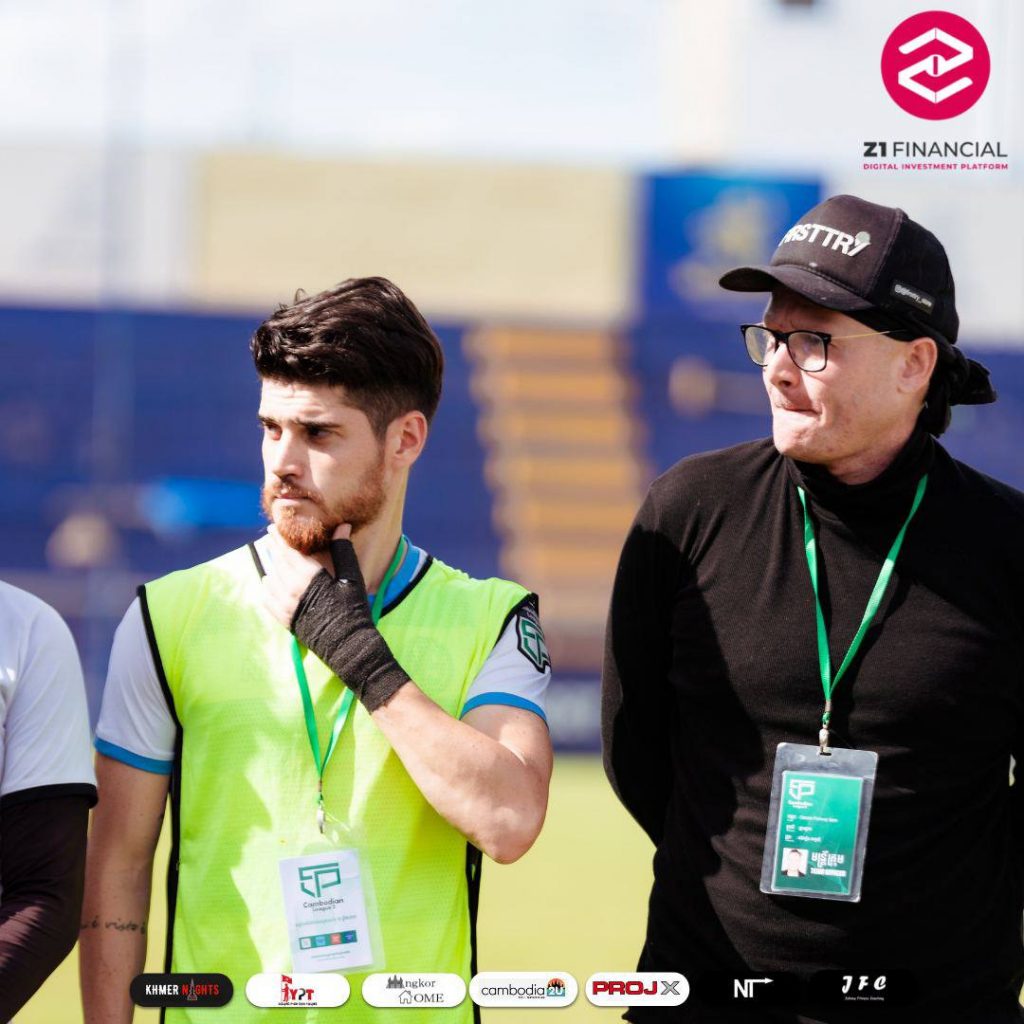 As 2022 comes close to its end I’ve been finishing the annual review for Next Step FC and laying out the plans for the next 18 months. I’ve also had time to look back on a year that was the hardest of my career but still had many positive points. One person that was involved in all such moments was Bruno Wellynton. The goal heard around the world vs Prey Veng has rightly earned him idol status in the Kingdom and was seen by over 100m people on TikTok alone!

Even now it pops up on Facebook and other other random places, in fact the only it seemingly did not show up was at the Cambodian Premier League Awards……

How I met Bruno

Our pre-season last year was like nothing I’ve ever experienced. We had 18 days to sign players and have them ready for the opening game. Bruno was in Thailand searching for a club along with a fellow Brazilian Douglas. We connected on Telegram and 24 hours later they were training with us. It was a terrible situation for them to come into. Bruno spoke better English and that was initially how he began to forge great bonds with team mates and coaching staff.

His goal on the opening day of the season was a beauty. The first ever goal in professional football scored by Brazilian Bruno Wellynton (quiz question in years to come) and gave us a famous win. What made him a legend that day was every tackle he made was followed with him beating his chest and gesturing to the crowd for more noise. The crowd loved him.

The game vs Prey Veng was the best of the season in my opinion.

I loved how we played football that day. The goal itself was a piece of magic. I joke with him all the time about it being a cross but he tells me he meant it. When he receives the ball and drives forward with it I’m so happy, when he cuts back I want to kill him! As a coach I tell my players to drive forward and either out pace your man and shoot or let them foul you and get us the free kick. When a player cuts back and slows down it’s infuriating. The little nutmeg class and his change of speed is everything you can hope for at this level and the shot was impeccable.

The impact of the goal heard around the world

What followed in the days after was so exciting. Our website has visits from 127 different countries, over 60,000 shares on Twitter on 24 hours. The club doesn’t even have Twitter. Brazilian radio shows, UK press and Khmer sports pages were calling every hour. Bruno put Cambodian football on the map. The Puskas Award is given to the best goal scored in a football match anywhere on the planet. This goal is going to win the award. Furthermore if this was too win the global award then it would be egg on the face of the people running football here for not even mentioning it on awards Night. The 60 second video made up of the best highlights from League Two on awards night didn’t even feature it.

What most of you won’t know about Bruno is the genuine and kind person that he is. He’s taken a risk joining us for no salary. Instead of crying about it, he has knuckled down, found a part time job and made the best of a difficult situation. He’s thoughtful and humble and a model professional. Losing hurts. Winning drives him on to be better.

Goal of the season?

So thus we went to the CPL awards, waiting patiently all the way through player of the year to awards to not only a prize for the bottom team in the league, but even the best 4th official in the Second Division.

Alas though no goal of the season. Were we bitter? How could you be when your player and team scored probably the the best goal in the world that season, let alone just Cambodia.

To read about the Cambodian Premier League Awards click here

The big question now is will he be with us at the start of the season in August? I can assure you we’re doing everything we can to keep him at Next Step FC