Ju-jitsu star Jessa Khan is back to ‘old form’ 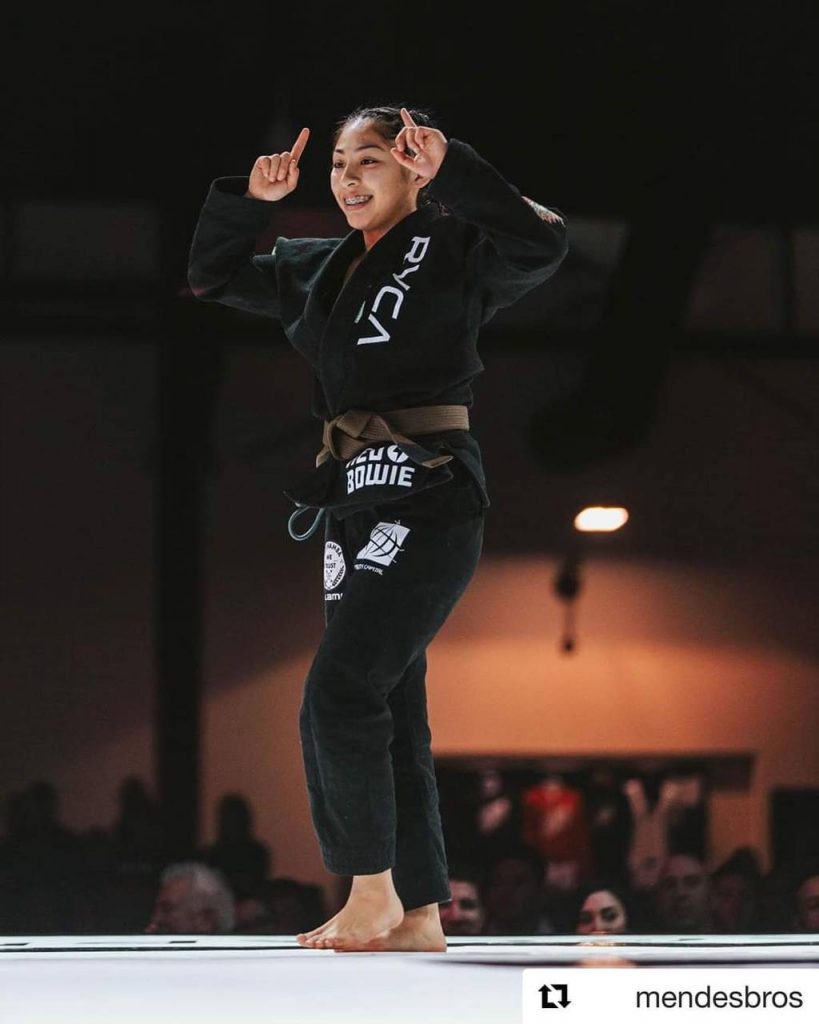 Cambodian-American ju-jitsu star Jessa Khan is back to her old form, the one that made her one of the most popular athletes in Cambodia.

Khan suffered from several unexpected setbacks in 2020 and 2021, denting what would have been a long line of unparalleled success.

Khan encountered a ‘rough patch’ and lost a succession of matches over that period.

Khan only won a few matches or tournaments since beating Brazilian prodigy Pati Fontes in a Who’s Number One (WNO) fight in May 2022.

The only notable win she registered over that period was a gold medal finish at the American National International Brazilian Jiu-Jitsu Federation (IBJJF) Championship 2021.

In 2021, she also lost a couple of times to Brazilian ju-jitsu superstar Mayssa Bastos, which prevented her from reaching the championship round of the 2021 Abu Dhabi Grand Slam-Miami and IBJJF 2021 No-Gi Pans.

Despite Bastos ’obvious advantages in many aspects, Khan was expected to win at least one of the matches, all of which were major competitions featuring top ju-jitsu stars in the United States (US) and other parts of the world.

In the past, Khan easily rolled over older and much bigger and taller opponents, to earn a spot among the best in the world.

Khan also did not play in the 2021 Southeast Asian Games in Vietnam, after missing the weight cut. It was widely expected earlier that Khan, who was also the flag bearer of Team Cambodia, will win another gold medal in Vietnam.

But it was not to be.

Khan won a gold medal for Cambodia in ne-waza 49kg during the 2019 SEA Games in the Philippines. However, her biggest triumph to date while wearing the Cambodian colours was a gold medal finish in the women’s 49kg ne-waza event during the 2018 Asian Games in Indonesia.

From that point on, Khan became one of the most famous Cambodian athletes, with many people in Cambodia eagerly anticipating or watching her bouts on television.

Just like everything else, Khan’s time in the ‘sports wildernesses’ did not last long, as she bounced back with a vengeance in Dubai.

Khan came out of the game to beat a succession of tough opponents at the 2022 Ju-Jitsu International Federation (JJIF) Ju-Jitsu World Championship in Abu Dhabi, United Arab Emirates (UAE).

Khan beat Ashley Jeraine Baluyot of the Philippines in the second round, followed by another win over Maitha Shraim of the UAE in the next round.

Khan did not give much of a chance to Pnina Aronov of Israel in the semifinals, to reach the finals of the prestigious international tournament.

Unlike before, Khan did not disappoint this time, unleashing her full power and potential to beat Spanish player Naiomi Matthews in the finals.

The elation was palpable among Cambodians, with even Prime Minister Hun Sen offering his words of praise.

“Congratulations to Jessa Khan for winning a gold medal in the Ju-Jitsu World Championship,” the Cambodian premier posted on his own Facebook page.

With her latest win and sans setback with her health and training, Khan could be on the roll again. Let us see.