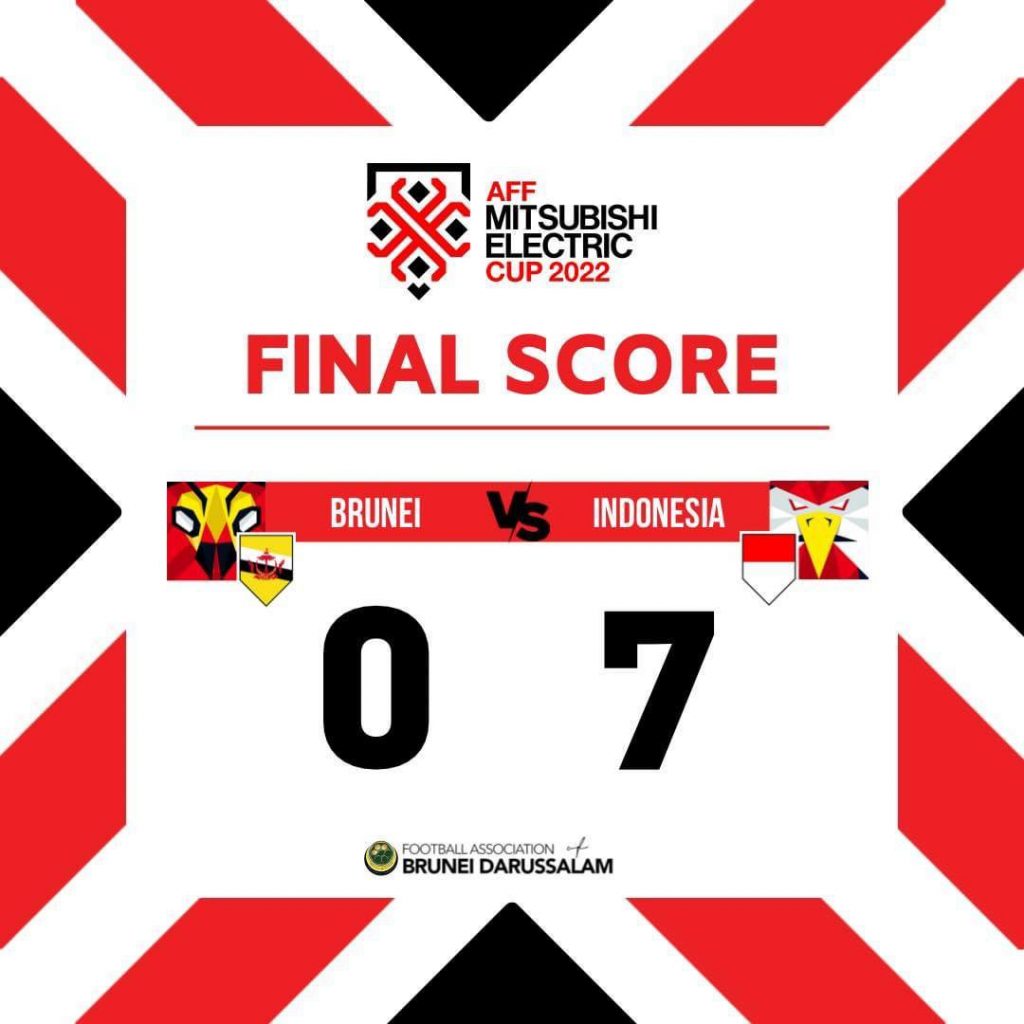 It turns out you can have all the money in the world, but not necessarily have a great football team, with Indonesia demolishing oil rich Brunei 7-0 in this very one sided affair.

Brunei, who only just qualified for the tournament after edging out a plucky Timor-Leste side for the 10h spot in the cup are generally the whipping boys of ASEAN, but even they will be a little perturbed by the manner of this defeat.

The tam went 2-0 up in the first-half, with a 20th minute goal from Syahrian Abimanyu and Dendy Sulistyawan in the 41st minute.

It was though in the second -half when the onslaught began with five goals from five different players with Egy Maulana scoring in the 59th minute, Ilija Spasojevic (60th), Ramadhan Sananta (68th), Mark Klok (86th) and Yakob Sayuri slotting in the last during injury time.

The manner of the victory, the biggest in the tournament so far puts a little perspective to Cambodia’s narrow defeat to the mighty Indonesians, who now sit joint top of the group with holders  Thailand on 6 points.

In the other main match of the day, the Philippines were also on the wrong end of a thumping to favourites for the cup Thailand.

Star striker Teerasil Dangda continued his current scoring streak by scoring two  goals in the third and 41st minute in the first half, with Adisak Kraison (57th) and Suphanan Bureerat (63rd) putting the match firmly to bed in the second-half.

Thailand will take on Indonesia on Thursday, with the winner not only most likely topping the group, but also standing a fair shot of being crowned eventual champions.

Do Cambodia stand a chance of qualifying?

The show isn’t over until the fat lady sings they say, but as things stand Cambodia’s chances are slim at best. Cambodia currently sit in 3rd place, with3 points after their victory against the Philippines, with their next match (assuringly) being a victory over Brunei.

Should they win this game and Indonesia beat Thailand then it will set up a do, or die match against Thailand on the 3rd January. Not impossible, but also sadly, not all that probable.

You can check out the 2022 AFF Championship tables and results hers.