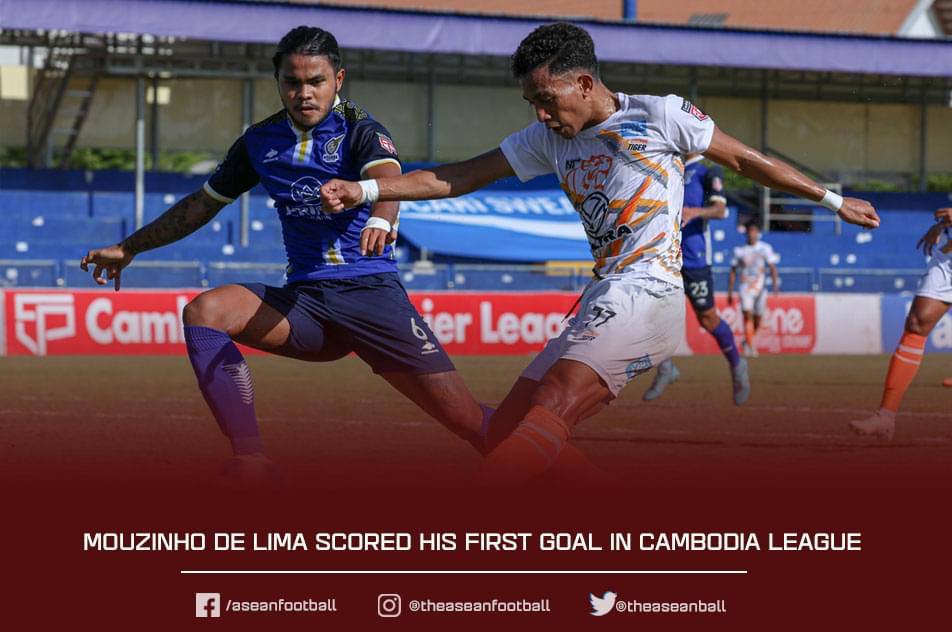 To read about the 2022 Cambodian Premier League Awards click here.

At barely 20 years old Timor-Leste attacker Mouzinho Barreto de Lima was without doubt the standout player of the 2022 AFF Under Championship hosted in Cambodia. During the tournament, he not only not only notched a bunch of goals, but was instrumental in not just knocking out Cambodia, but also leading Timor-Leste to a record breaking 3rd place in the tournament.

These events led a certain journalist to recommend the player to a number of clubs, with at least one now pinching himself for saying “I don’t think he has what it takes to make it in Cambodia”.

Alistair Heath of Angkor Tiger did see talent though and brought over the Timor-Leste forward in June 2022, with Mouzinho arguably joining the most exciting frontline in Cambodia.

In total he featured 14 times for Tiger, scoring twice, but largely impressing as Tiger slumped to second bottom of the CPL, narrowly missing out on relegation.

It would appear that the club did not have much say in the matter. Mouzinho was only contracted until the end of the 2022 season, with Tiger not famously being one of the better paying clubs in the country.

As for the man himself? Speaking exclusively to BPVE he had this to say “For me, I am 100% focused on my football in Cambodia. I am dedicating extra time to train and working on myself to become stronger, faster and more clinical. In my spare time, I am always on the phone with my loved ones in Timor-Leste. Unlike others, I feel the added pressure of having to do well for the rest of my compatriots back home. The domestic football situation is not too good so I need to step up and help my national teammates. So, my life is pretty much dedicated to football and I need to be at my best once again at Visakha, where I hope to continue my growth.”

You can read interview with Mouzinho here.

In our point of view though he has the potential to be an absolutely huge signing for Visakha FC and there will undoubtedly be a few managers out there kicking themselves that they did not see his potential sooner.

Visakha, who have announced a slew of new signings over the last few weeks are expected to make an official announcement within a few days.