A game of two halves: Next Step FC announces partnership with Next Step International to boost Cambodian football

Next Step Football Club, established to provide the youth of Siem Reap a pathway from grassroots football, has teamed up with recruitment and relocation company Next Step International, in a deal which will see both club and company work together to move and orientate talented professionals in Cambodia.

Share on Share
Share
Share on Tweet
Tweet
Share on Whatsapp
Whatsapp
Next Step Football Club, established to provide the youth of Siem Reap a pathway from grassroots football, has teamed up with recruitment and relocation company Next Step International, in a deal which will see both club and company work together to move and orientate talented professionals in Cambodia. 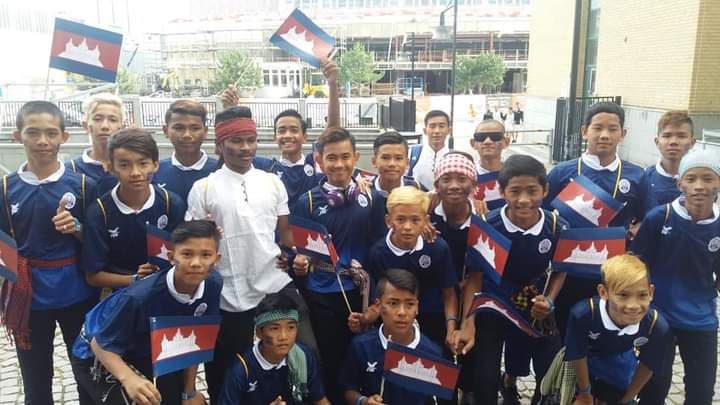 Next Step Football Club, established to provide the youth of Siem Reap a pathway from grassroots football, has teamed up with recruitment and relocation company Next Step International, in a deal which will see both club and company work together to move and orientate talented professionals in Cambodia.

To read our interview with Charlie Pomroy click here

The agreement, which draws parallels between both businesses’ ambitions to have a wider benefit within the Kingdom, will ensure a professional and cultural transition for the newest stars in the line-up for Cambodia’s hottest new club.

Speaking on the partnership, Founder of NSFC Charlie Pomroy, said,

“We’re delighted to have got this deal completed and for us it’s another big step in the right direction. It’s not a deal that brings in mega money to the club but what it does it’s strengthens our foundations locally and opens up a wider network globally. We have always maintained that a global network is vital to the club being able to achieve it’s goals and NSI are going to be a massive help.

Long term we have plans to connect with more international schools, clubs, academies, universities and businesses around the world. NSI are uniquely placed in what they offer. Taking away the stress of relocation and enabling an easy transition will benefit everyone long term and the possibility of being able to create the service going the other way so that any Khmer players/coaches that we send overseas can adapt quicker and hit the ground running is very exciting.

In charge of Marcom at Next Step International, Tom Starkey said that partnering with the football club was not only a goal-scoring opportunity, but offers a mutually beneficial platform which will benefit Cambodia’s exciting sporting ambitions.

“Aside from our names being obviously similar, our aim at NSI has been to deliver a lifestyle and socially responsible commitment within our business. The team at Next Step FC aim to develop inclusive sports programmes which offer opportunities and that is something we can not only get behind but actively support through our services.”

“Being from the UK, football is in our hearts and we share that with our valued Khmer clients, colleagues and partners. Being able to support grassroots football in Cambodia is a huge opportunity that runs deeper than the benefits of just business. That’s why we’ll not only be involved in facilitating operations but also be in the stands cheering on Next Step FC.

The Future of Next Step

Adam Briscoe, Head of The Supporters Association,   based in the UK, said;

“We’re excited about the future of the club and everything we have talked about behind closed doors is beginning to come to fruition. We’ve had a really hard first season at this level but the fans remain positive and are always reminding ourselves that Next Step FC has a different vision and stands by its principles and convictions. A club built by fans for the fans. This news today about partnering with NSI is another step in the right direction”

Next Step FC  the brainchild of Charlie Pomroy, a British national who has been involved in both amateur and professional football for over 20 years. He was previously head coach of Soltilo Angkor FC of Siem Reap before leaving to take his own club into the professional league in Cambodia. For more information about living and working in Cambodia, click here.