The Cambodia Chess Federation (CCF) is hosting a regional Ouk Chaktrang or Khmer chess competition, which is serving as a trial run for its first-ever entry in the Southeast Asian Games. 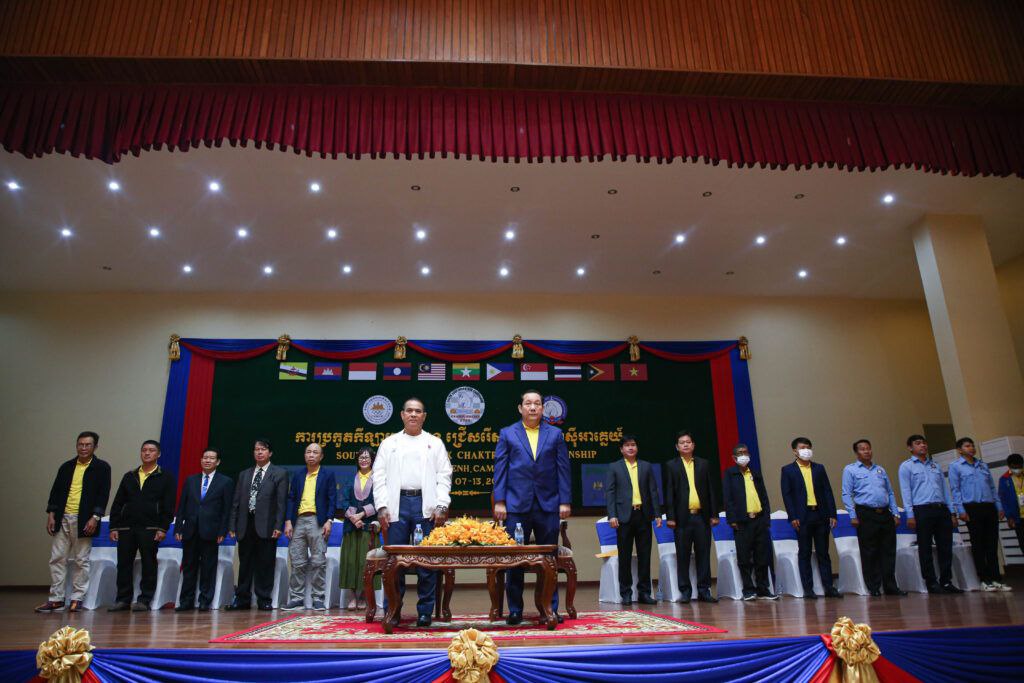 The Cambodia Chess Federation (CCF) is hosting a regional Ouk Chaktrang or Khmer chess competition, which is serving as a trial run for its first-ever entry in the Southeast Asian Games.

The Southeast Asia Ouk Chaktrang Championship is ongoing at the Royal University of Phnom Penh (RUPP). The tournament, which started on January 7, will conclude on Friday.

Oouk Chaktrang was among the 38 sports selected for the next SEA Games that Cambodia is hosting. The 2023 Cambodia SEA Games is scheduled to be held from May 5 to 17.

The final list for the 2023 Games was released by the Southeast Asian Games Federation (SEAGF) Council late last year. Ouk Chaktrang’s inclusion also had the backing of Myanmar, Philippines, Vietnam and Laos, as revealed by international media reports.

A sport is included in the list by the host country with the concurrence of other members of the SEAGF Council.

In Ouk Chaktrang, just like with the international chess version, the winner is the one who checkmates his/her opponent’s King. The sport is quiet popular among older men, who often would congregate in roadside coffee shops or internet cafes to play the game.

Prime Minister Hun Sen is an avid player of the sport, according to local press reports.

“This is the first time for us to hold a regional or even an international event for Ouk Chaktrang,” CCF President Kuch Kimlong told the attendees of the event’s opening ceremony.

He said the purpose of the tournament is for the participants of other countries to learn more about the rules and regulations of the sport, which is still largely unknown outside of Cambodia.

National Olympic Committee of Cambodia (NOCC) Secretary-General Vath Chamroeun, earlier, also pointed out the need for other countries to learn more about the sport.

“It is important that we send coaches to train them and teach the rules,” he said, when informed that several countries in the region are backing the inclusion of the sport.

There are 62 players and referees from Cambodia, Thailand, Laos, Vietnam and Myanmar that are involved in the SEA Ouk Chaktrang Championship, which the CCF organised together with the Cambodian SEA Games Organising Committee (CAMSOC) and Ministry of Education, Youth and Sport (MoEYS).

Kimlong expressed confidence the ongoing tournament will also help popularise the sport in other parts of Southeast Asia. “From there, we are expecting more countries to compete in Ouk Chaktrang in the 2023 SEA Games,” he said.

There could also be Ouk Chaktrang teams or competitors from Singapore, Malaysia, Philippines and Indonesia, where chess is also popular.

The CCF has been holding local Ouk Chaktrang tournaments, including National Championships, the past few years.