Who knew Cambodia were a global powerhouse at Pétanque! Don't know what it is? Then read on... 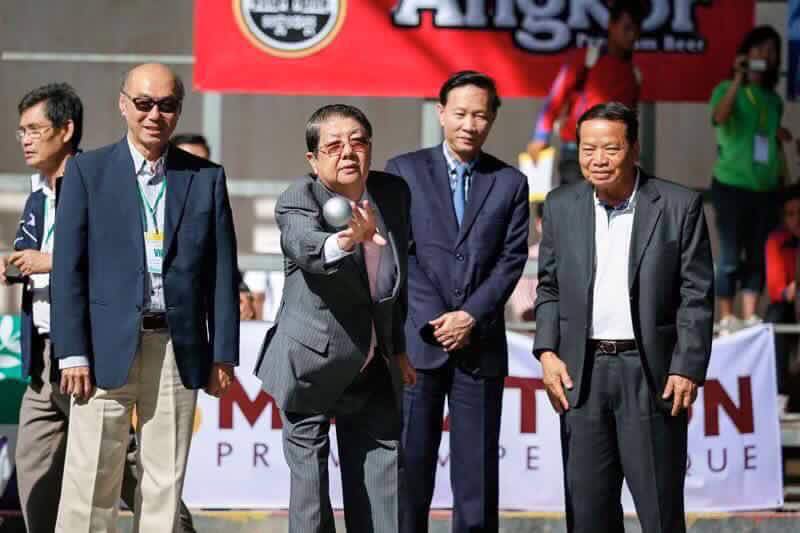 Despite funding woes, lack of suitable facilities and other challenges, the Federation of Boules and Pétanque of Cambodia (FBPC) has managed to turn Cambodia into a global powerhouse in petanque, a sport long dominated by Europeans.

As of November 2022, Cambodia has won nearly 400 medals in international competitions, a feat that seemed impossible when the FBPC was first established in the early 1990s. The current count includes 166 golds, 138 silvers and 140 bronzes.

While still far and away to what has been achieved by France, the number one power in the world and where the sport originated, Cambodia can claim rightly so that it is at par or in the same level with Thailand or Vietnam, where petanque is also popular and widely played

Cambodian petanque players have become regular fixtures in world championships and other renowned international competitions from Spain, to Denmark to Madagascar, as reported by the local and international media.

The former president of the FBPC, Sar Sokha, recounted in a previous interview with the Cambodian press that the late Deputy Prime Minister Sok An and current Deputy PM/Interior Minister Sar Kheng established the FBPC with some of their friends in 1992 to give the Cambodian people, especially the youth, to play the sport locally and internationally.

“Through continuous growth and opportunities provided to us, Cambodia has become a global superpower in petanque,” FBPC President Sok Sokan said during a recent tournament in Phnom Penh.

“This is also the result of all the hard work and sacrifices made by the players, coaches, referees and other technical officials,”said Sokan, who is also a Secretary of State at the Ministry of Land Management, Urban Planning and Construction (MLMUPC).

According to former FBPC President Sar Sokha, the sport has grown exponentially in both the local and international scenes, with more than 1,000 active athletes playing under them as of last year. More than a quarter of them (281) are women.

The sport is also widely played across almost all of Cambodia’s 25 provinces.

A litany of successes

Superstar Ke Leng has long been the face of Cambodian petanque. Leng was one of the very few players in the world that topped their categories in four or more world championships.

Suddenly, but not unexpectedly, Leng retired in July 2020 due to health reasons.

But the supply of medals did not dry up with Leng’s retirement. Other players of the younger side took up the cudgels for Cambodia and were successful on the international arena to boot.

Ouk Sreymom, for instance, won a gold medal for Cambodia in the Petanque World Championship in Spain last year.

In July, Sreymom and Un Sreya followed that up with gold medal finishes in the World Games 2022 in the United States (US).

While the future may look rosy for Cambodian petanque, challenges abound and will remain so in the foreseeable future.

Despite the many improvements made leading up to and after the Women’s and Junior World Championship in November 2019, there remain the ever-pressing problems related to funding, adequate and up-to-date facilities, among others.

These, at times, hamper Cambodia’s readiness and participation in international competitions.

Whether Cambodia can overcome them the soonest depends on the leadership of the current FBPC officers. So far so good, but it’s too early on whether they will succeed better than the previous leaderships, who like them, faced many hard-to-overcome obstacles before them.