Philippine Olympics Committee president Abraham “Bambol” Tolentino has stated his country will “do its best” at Cambodia 2023, while also hitting out at the host nation for including “unfamiliar events” during the biannual competition. 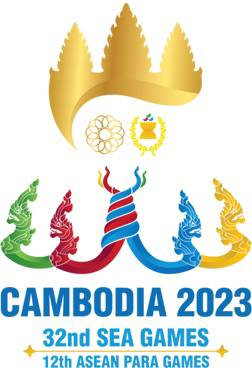 Philippine Olympics Committee president Abraham “Bambol” Tolentino has stated his country will “do its best” at Cambodia 2023, while also hitting out at the host nation for including “unfamiliar events” during the biannual competition.

To read about Cambodia winning at Chess click here

The 2023 South-East Asian Games, 32nd SEA Games, or as it is being marketed Cambodia 2023 not only marks the 32nd such event, but most importantly for us in Cambodia the first time it has been hosted in the Kingdom.

The SEA games have rich history and while not dissimilar to other regional events, more emphasis is put on sports that are popular domestically, but of course with South-East Asia being so big, this does not necessarily mean popular in every country.

What events are taking place at Cambodia 2023?

In total there are 609 events covering 49 sports, as well as one demonstration sport, namely teqball. And despite the complaints of the Philippines, the vast majority of these sports are indeed familiar to most nations, including boxing, football, tennis, and well pretty much everything else you’d expect.

The actual complaint from Tolentino seems to revolve around a few traditional Khmer martial-arts that have been included, with him stating ““Frankly, I’m nervous because of the formula the host country did. What they did was heavy,”

This despite the fact that all sports have to be approved by the organizing committee and that it is considered normal for host nations to include at least a few new events related to their country.

The Philippines on the other hand finished 4th, while Cambodia managed an 8th place finish, something it is looking to drastically improve on as hosts, with the government now offering much more in prize money than in previous years.

To read about the bumper prizes for Cambodia athletes click here.

And as for our thoughts on Mr Tolentino’s comments? Not only is it unfair to a country that is working really hard to host its first ever major international event, but it frankly smells of apologizing for an expected failure.

Despite not even having a quarter of the population of the Philippines Cambodia has frequently beaten the former in a number of sporting events, most recently in football at the 2022 AFF Championship.