Run celebrates women and their achievements in Cambodia

A 10k run to celebrate women and their achievements will be held on March 8th, women's day. 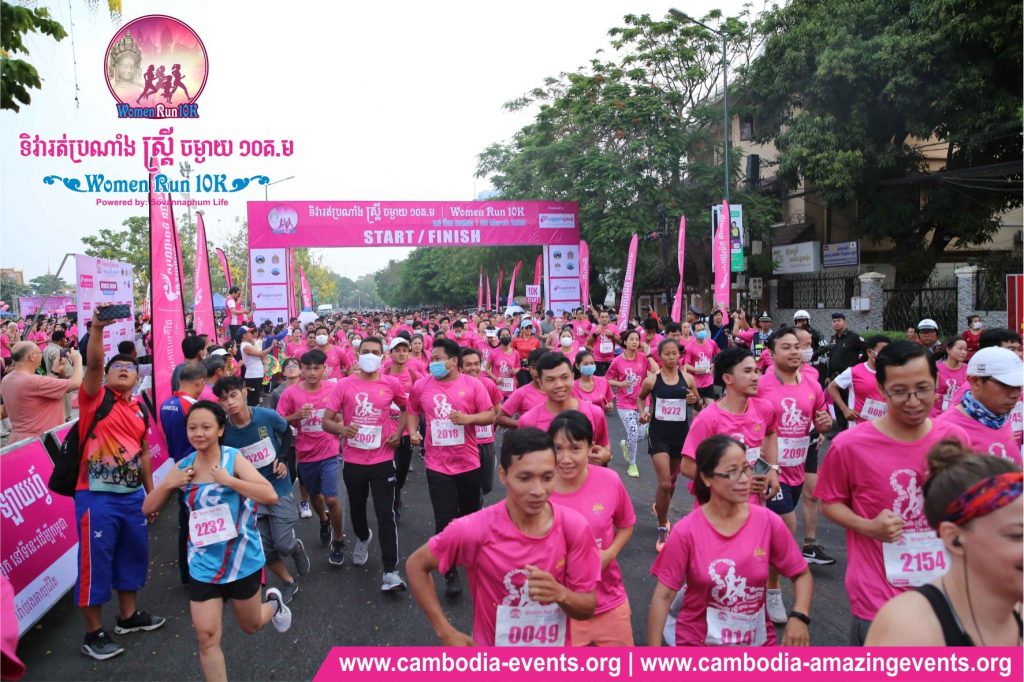 One of the most-awaited running competitions in Cambodia will return in a couple of months, to the delight of many running enthusiasts from near and far.

Cambodia Events Organizer announced earlier that the 2nd Women’s Run 10k is going to be held in Phnom Penh on March 8, coinciding with the global celebration of Women’s Day.

During a media briefing a few years back, NOCC Secretary-General Vath Chamroeun said they welcome women participation in sports, including running competitions.

“This kind of activities is good at drawing the interest and participation of women,” he pointed out. “This will also be good with Cambodia preparing to host the 2023 Southeast Asian Games.”

Women’s achievements at the core

Sovannaphum Life Assurance, the main organiser and sponsor of the event, was borne out of a partnership between Canadia Investment Holding PLC. and Muang Thai Life Assurance PCL. of Thailand. It has since become one of the leading life insurance companies in the Kingdom.

“Many Cambodian women have made significant achievements in the areas of business, government and other sectors,” he said. We wanted more of them to ‘break frontiers, especially in sports.”’

“This will also keep women fit and builds endurance,” he added.

There are two categories for the event: 10k and 4k.

It is open to both men and women, though only women will receive finisher medals, according to the organisers.

The route of the race starts and ends at the Botumvotey Pagoda Park. Koh Pich, Wat Botum, Sothearos Boulevard and Wat Ounalom are among the interesting spot along the route of the race, which will be held only for the second time since the inaugural edition was staged in 2020.

The first edition of the Women’s Run 10k was held in March 2020, at the onset of the COVID-19 pandemic. The event was successfully staged, despite fears over the pandemic.

It was only one of the very few sports events that were allowed to proceed during the pandemic. Cambodia instituted lockdowns and banned most sports activities at the height of the health crisis brought by the pandemic.

More than 70 percent of participants were women.

“The objectives were met and everyone had a great time,” Chamroeun said after the event ended. “It was a very successful race.”

The 2021 edition of the Women’s Run 10k was cancelled due to the pandemic.

Registration is ongoing and will end on February 2.