How much did the top earners in Cambodia get for the SEA games? 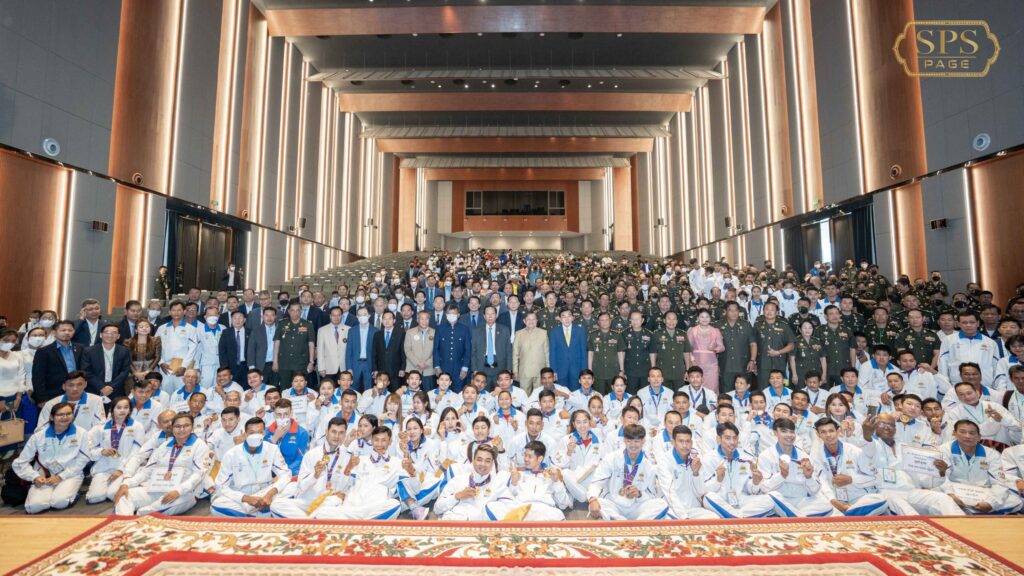 Cambodia has been extra generous lately with top performers in international sports competitions.

Less than a month after doling out sizeable cash rewards to medal winners of a prestigious gymnastics competition in Thailand, the Cambodian government, this time, handed out nearly $1 million in cash incentives to top performers in the 2021 Southeast Asian Games.

It was reported earlier that the government shelled out more than $57,000 to Cambodian athletes, coaches and other team officials who did well during the Aerobic Gymnastics Asian Championships 2022.

In the past, cash rewards would only amount to a few thousand dollars. But lately, the government has been amping up incentives for its best performers abroad.

The government’s generosity has been matched by ever-improving performance of Cambodian athletes and coaches on the international arena.

The latest cash rewards for Cambodian athletes were handed out in a ceremony at the Ministry of National Defence on December 26.

Per NOCC, 135 athletes and coaches received cash rewards from the government.

In total, $841,242 was handed out by Cambodia, easily making it one of the largest cash incentives that local athletes have received in recent years.

It is worth noting that Cambodia had its best performance-ever in the 2021 Vietnam SEA Games. In fact, the Kingdom has never surpassed or breached before the 60-medal count in the SEA Games.  So, a huge pay-off for the athletes, coaches and other team officials is just a fitting rejoinder to the success that Cambodia experienced in the biggest and most prestigious sporting event in Southeast Asia.

For starters, Cambodia sent a 361-athlete contingent to the 2021 Games which competed in 33 out of 40 sports.

In Vietnam, Cambodian athletes recorded a total haul of 63 medals. The count comprised of nine golds, 13 silvers and 41 bronzes.

Vovinam, a Vietnamese martial art also popular in Cambodia and other countries in Southeast Asia, produced the most number of medals for Cambodia- 14. Vovinam athletes bagged three golds, two silvers and nine bronzes.

Cambodia won a medal each in rowing, ju-jitsu, judo, fin-swimming and volleyball.

Cambodia placed 8th overall among the 11 countries competing in the 2021 SEA Games.

Originally scheduled for November 2021, the Vietnam SEA Games was moved to May 2022 due to the COVID-19 pandemic.