Tennis Cambodia: On the comeback trail 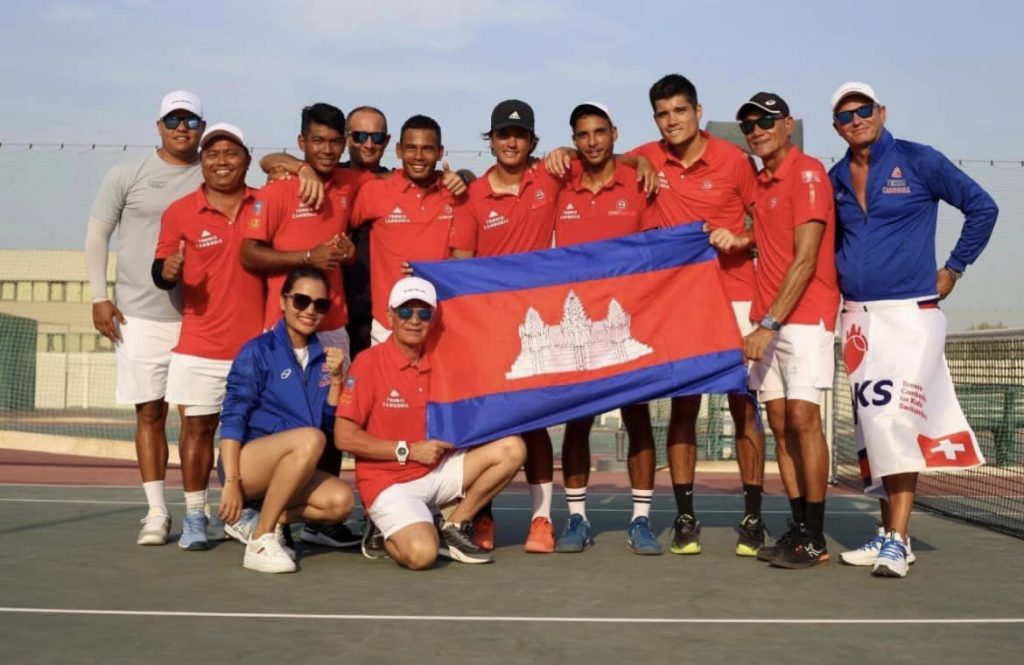 Tennis Cambodia has broken the ‘curse’ with its triumphant campaign in the 2022 Davis Cup in Bahrain.

For a long time since 2017, Cambodian tennis players languished in Group IV, unable to advance to Group III after narrow misses against Saudi Arabia and other countries.

In the latest Asia/Oceania Group IV competition at the Bahrain Tennis Federation (BTF) courts in Isa Town, Cambodian players showed that they can keep up with the better tennis-playing nations in the world.

To the surprise of many fans watching the games, Cambodia won all its matches to gain a promotion to Group III, a feat it has not achieved in the last five years.

Cambodia first joined the ‘World Cup’ in tennis, as the Davis Cup is commonly referred to, a decade ago.

Led by French-Cambodian star Bun Kenny, Cambodia beat all four of its opponents on the way to the top this year.

For starters, Kenny did not lose a single set or game during the entire tournament, a feat shared by only very few participants.

Cambodian players first walloped Bhutan, a country, which like Cambodia in the past, has a nascent tennis program.

Cambodia did not lose a single game en-route to a 3-0 win over Bhutan.

Mongolia came next and did not fare better.

Kenny and company used their superior skills and experience to hack out another lopsided 3-0 win over the Eastern Asian nation.

Turkmenistan came next, and to the surprise of no one, gave the Cambodians a run for their money at first. The Turkmenistan side was considered to be among the best in their group.

But the Cambodians persevered and managed to come up with a 2-1 nail-biter in the end.

The rubber match for promotion pitted Cambodia versus Singapore.

As expected the matches turned into nerve-wracking nail-biters, with both sides not giving an inch.

In the end, the tennis gods smiled upon the Cambodians, handing them a 2-1 win that overjoyed even the other nationalities watching from the sidelines.

“We got everyone’s support,” Tennis Cambodia Secretary-General Tep Rithivit exclaimed as reported by the local media.

Rithivit said the key to their success was how they mixed seasoned and new players.  “We combined experience and youth. We created a very efficient unit by combining seasoned and up-and-coming players,” he said.

Tennis Cambodia – who were the sponsors?

Cambodia is expected to maintain its standing or do better next time, with the Davis Cup likely to be held in the Kingdom for the first in 2023.

“We have exciting things coming up next year, the SEA Games and Davis Cup,” Rithivit was quoted as saying in the same local media report.