Will Kazakh help bring Cambodian boxing over the top?

Will Kazakhstan help bring Cambodian boxing to the next level? 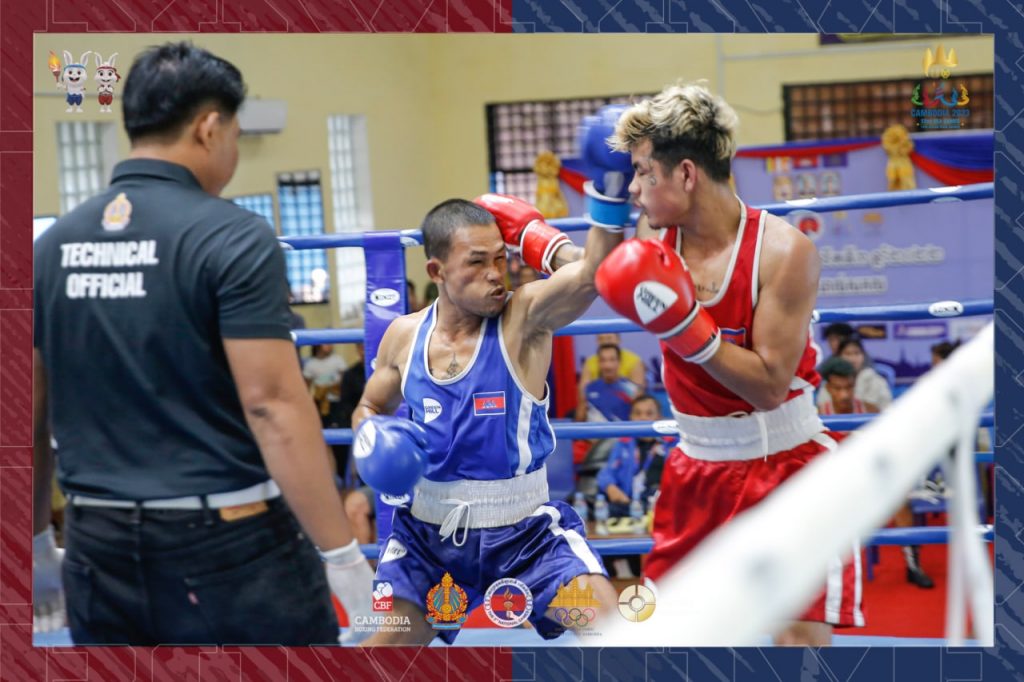 It was reported recently that several Cambodian boxers flew to Kazakhstan to hone their skills ahead of the 2023 Southeast Asian Games.The Central Asian country has become the newest destination for Cambodian boxers seeking glory on the international arena. In the past, Cambodian boxers trained in France, Thailand and other countries ahead of major international competitions. Cambodian boxers also benefited from training provided by coaches from Cuba. So, it came to a surprise for many when the Cambodia Boxing Federation (CBF) announced last week that it is sending eight players for more training in Kazakhstan.

The eight players are Sao Rangsey, and Rachapov Abdullah, Ven Ratha, Touch David, Nov Sokty, Oung Phearak, Penh Vanthong and Annwa Nasridinov. They are among the most well-known names on the local boxing scene. David, Rangsey and another well-known slugger, Vy Sophors, were in Thailand last March for a week of intensive training. “We are aiming to surpass the medal tally from last year. This is also intended to prepare them for tough competitions ahead, especially in the 2023 SEA Games,” CBF Secretary-General Buy Sophoan told local journalists earlier.

A big room for improvements

Boxing is one of the most-watched sports in this country of 16 million people. But Cambodian accomplishments on that front is not yet comparable to that of its neighbors Vietnam and Thailand. In fact, Cambodian boxers have not won a gold medal in the SEA Games in nearly 10 years, per records compiled by various authorities. Cambodian boxers did not win a single medal during the 2013 SEA Games in Myanmar. Cambodia did better two years later in Singapore, with Ven Ratha winning a silver medal in Men’s Light Welterweight.

In the 2017 SEA Games in Malaysia, it was the turn of Nak Siek Nin, who settled for a bronze medal finish in Bantamweight. The 2019 SEA Games in the Philippines brought five bronze medals for Cambodia, easily the biggest haul for the Kingdom in a decade. The results show that there is still much room for improvements, with the CBF aiming to win a gold medal or more when the SEA Games rolls into Cambodia next year. Sports observers nearly unanimous on the need for more talent, funding, foreign training and competitions abroad. Otherwise, Cambodian boxing will languish at the bottom of the heap.

Kazakhstan: A producer of world champions

For the uninitiated, Kazakhstan has produced some of the best boxers in the world. Foremost among them is Gennady Golovkin, who currently holds the International Boxing Federation (IBF) and World Boxing Association (WBA) Super title. In fact, Ring magazine, a leading authority in the sport ranked him the world’s best pound for pound fighter from September 2017 to September 2018. Other notable Kazakh boxers are amateur world champion Daniyar Yeleussinov, WBO Inter-Continental welterweight titlist Kanat Islam and Janibek Alimkhanuly, who, at one time or another, held the World Boxing Organization (WBO) Middleweight title and World Boxing Council (WBC) Continental Americas middleweight title.

Kazakhstan was the winner of five medals (two golds, two silvers and one bronze) during the AIBA World Boxing Championship in Belgrade, Serbia last month.The results have yet to filter in. But it appears that Cambodia made the right choice when it picked Kazakhstan, among the many global boxing powerhouses.