Where to watch the World Cup Final in Phnom Penh? – 2022 Guide

Where is the best place to watch the 2022 World Cup Final in Phnom Penh? We got you covered! 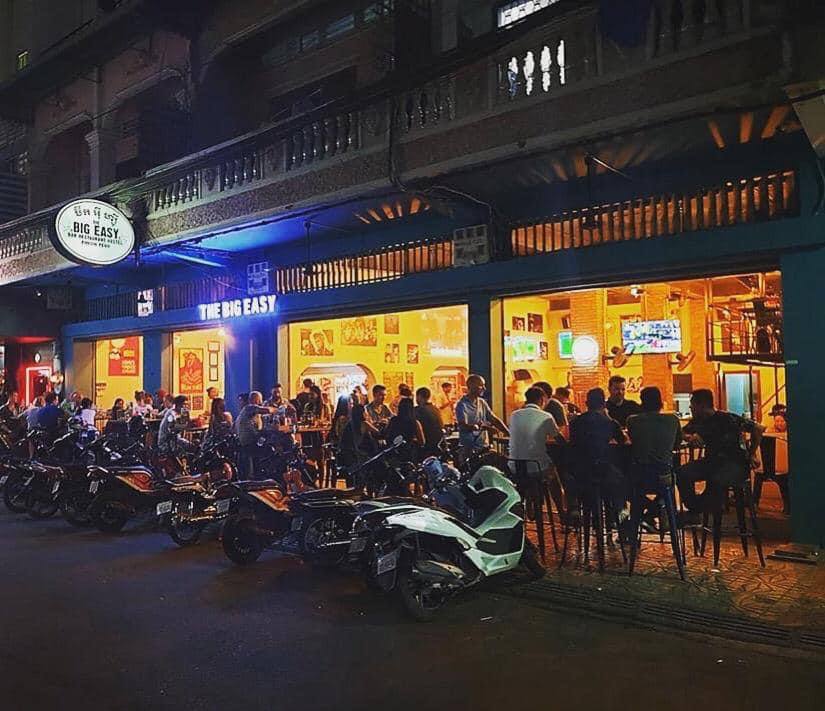 While the major World Cup battle will be Argentina against France, there is a second front to the war going on and that is where to watch the World Cup Final in Phnom Penh.

A subject Cambodia Sports Review take very seriously, we have therefore spent the last month drinking in many a bar to see which one had the best vibe.

With game time-slots falling into the 10 pm and 2 am categories, the final will luckily be held at the earlier time slot. Although with potential for extra time and penalties, you can expect a lot of people missing work this Monday.

To read abut what we learned from watching the World Cup group games click here.

.We’ve said it before and we will indeed say it again, the best place for watching the World Cup in Phnom Penh is the Big Easy. Cheap booze, great bar snacks, lots of screens and most importantly not ram packed with people.

Less fun watching England lose to France when there were French fans in attendance – hopefully Argentina will get England’s revenge.

The Phnom Penh riverside has a lot more classy joints than meets the eye, with one of them being the The Waterside. One of the best places for Sunset in Phnom Penh, their outside area has been fitted with a bunch of big screens, making it a great place to watch the World Cup Final.

Not the cheapest on our list, but also probably the most classy.

Drinking and football go together like peas and carrots, so Ruby’s is a great place to get your drink on and watch the football. Small area and without a huge screen, but the intimate setting and the all you can drink deal make it worthy of our list.

And there’s the fact that they serve food until very late, meaning a pizza and a pint in celebration, or commiseration is an option.

The most well known place for sporting events in Phnom Penh and perhaps Cambodia. No arguing with their big screens, or that they bring in the masses, but often overfull and overpriced.

Still though if you want your football with a side of atmosphere then Score Bar is the place to be.

The newest streaming platform in Cambodia and the ones literally everyone are talking about. They have there rights for all of the World Cup, which of course includes the final.

Perhaps too late to purchase one of their bundles, but going forward they are likely to be a major player when it comes to watching live football in Cambodia

You can read about WeWatch here

So, wherever you decide to watch the World Cup final in Phnom Penh, remember to drink sensibly and to support Argentina, Messi truly deserves this….

Biden to End COVID-19 National Emergencies on May 11